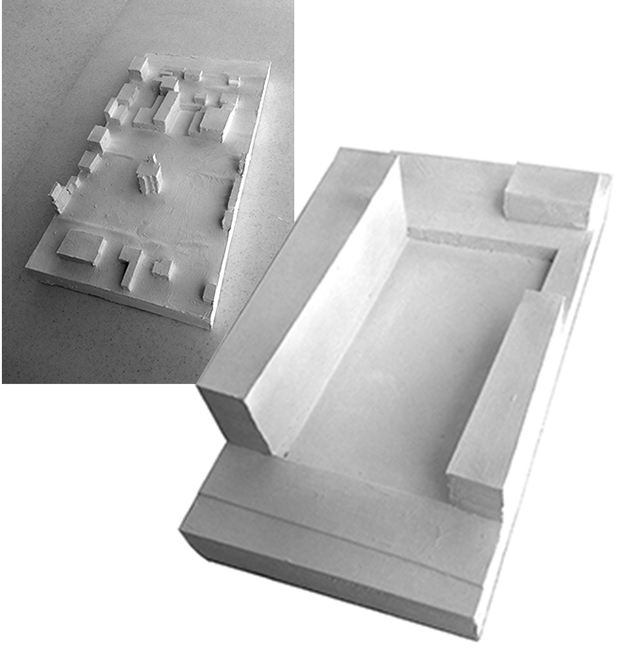 The Pomerene Center for the Arts recruited a team of 5 community members to work with Tim Frank to design an artPARK for 325 Main Street, Coshocton, Ohio. Referencing the history of the space as the site of the Park Hotel 1880-2005, the team was charged with designing a succession of outdoor rooms for comfort and compelling habitability.  The artPARK will serve as a place to display temporary public works of arts, show movies and present performances as well serve as an anchor for the revitalization of downtown Coshocton. 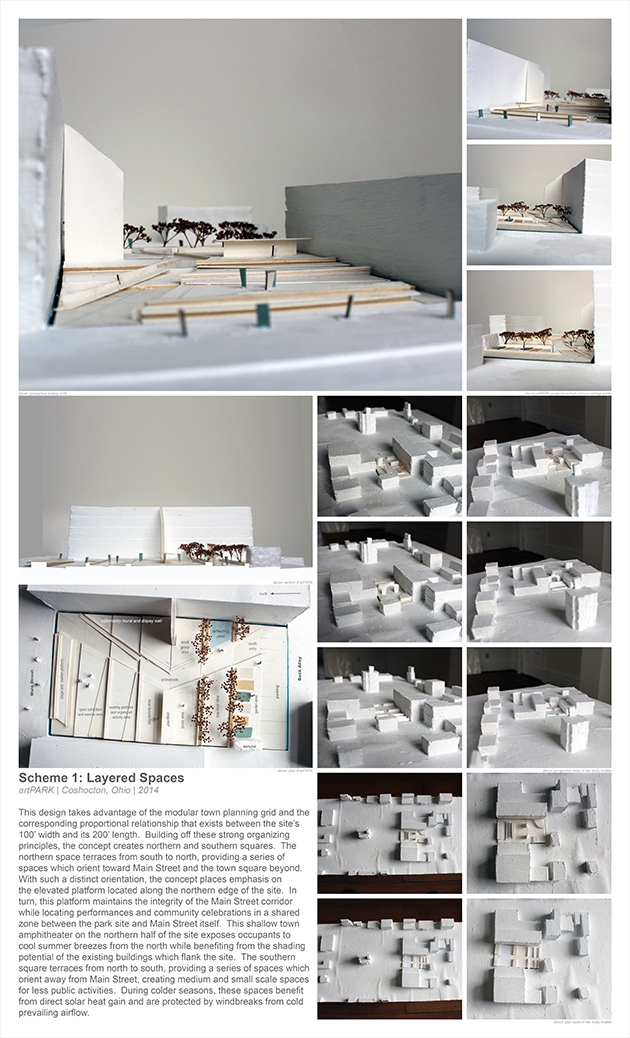 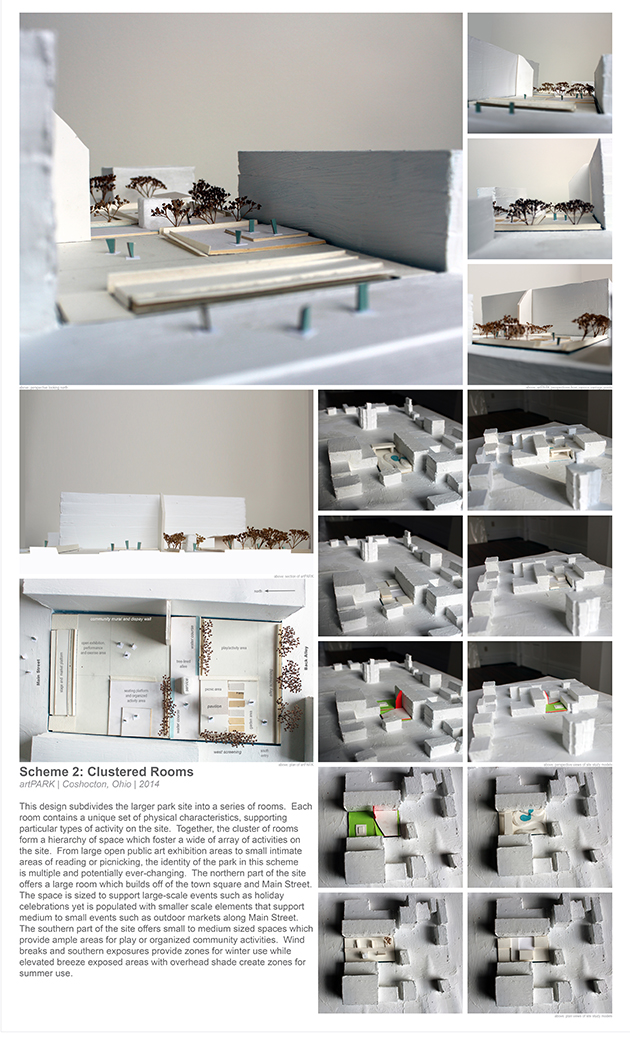 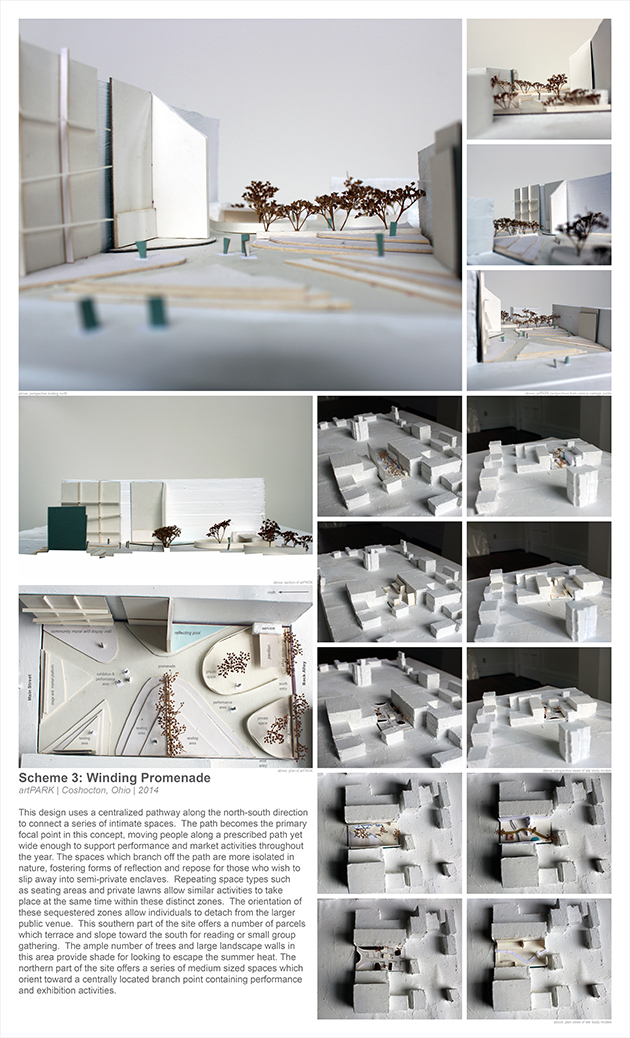 The artPARK design process is supported in part by a  National Endowment for the Arts OUR TOWN grant awarded to the Pomerene Center for the Arts in partnership with Coshocton City. Through OUR TOWN, the NEA supports creative placemaking projects that help transform communities into lively, beautiful, and sustainable places with the arts at their core.