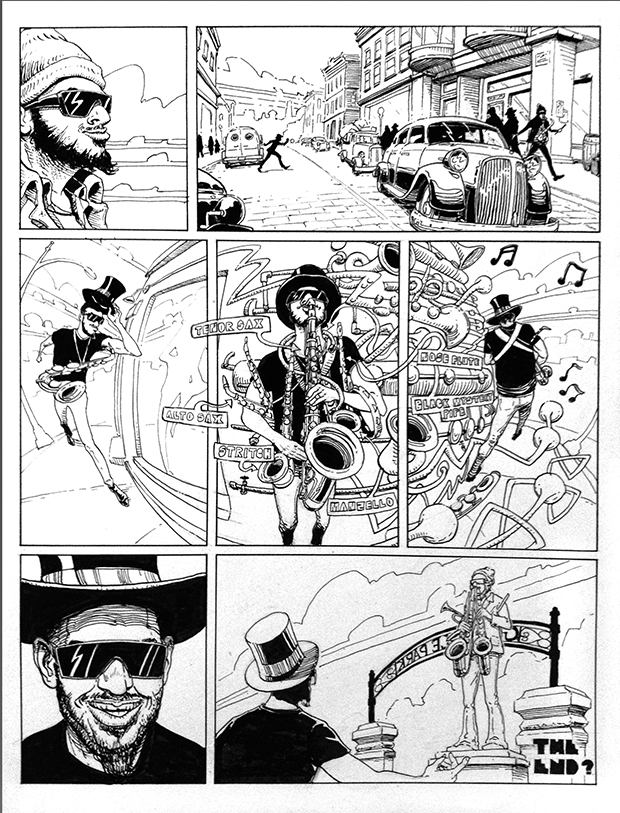 This one room exhibit features 5 original ink drawings featured in  (614) Magazine‘s illustrated interview cartoon, THE COLUMBUSONIAN. The drawings will hang alongside their matching full-color print pages.  The exhibition coincides with our cartooning workshop LITTLE SOCIAL HISTORIES led by the artist.

Julian Dassai is a cartoonist, illustrator, and musician who was raised in Athens, Greece. He currently writes and draws The Columbusonian, an interview comic featured in 614 Magazine, a local Columbus, Ohio publication. Since 2008, Julian has taught workshops in comic book writing and drawing for the Wexner Center for the Arts, The Billy Ireland Cartoon Research Library, Otterbein University, and Columbus Public Schools. He has worked in magazine illustration, album design, and as guitarist for the band Nick Tolford & Company. He has shared the stage with the Flaming Lips, Mavis Staples, and Booker T., amongst others. Julian currently lives in Columbus, Ohio.