FAMILY FUN, MUSIC & ARTMAKING = great music and lots of fun. Come-as-you-are/kick back and spend a free-&-easy-time with your family, friends and neighbors/go-when-you’re-ready.  We’ll have art supplies out and ready.

Where—The artPARK, 325 Main Street with a view of the Coshocton County Court Square. There’s always shade in the evening and almost always a cooling breeze after the heat of the day—in other words, small town summer perfection. Rain site under the tent at the Pomerene Center for the Arts, 317 Mulberry Street.
New this year—order your family picnic from Sorrell’s On The Square​. (740) 575-4504. They’ll deliver to the artPARK! 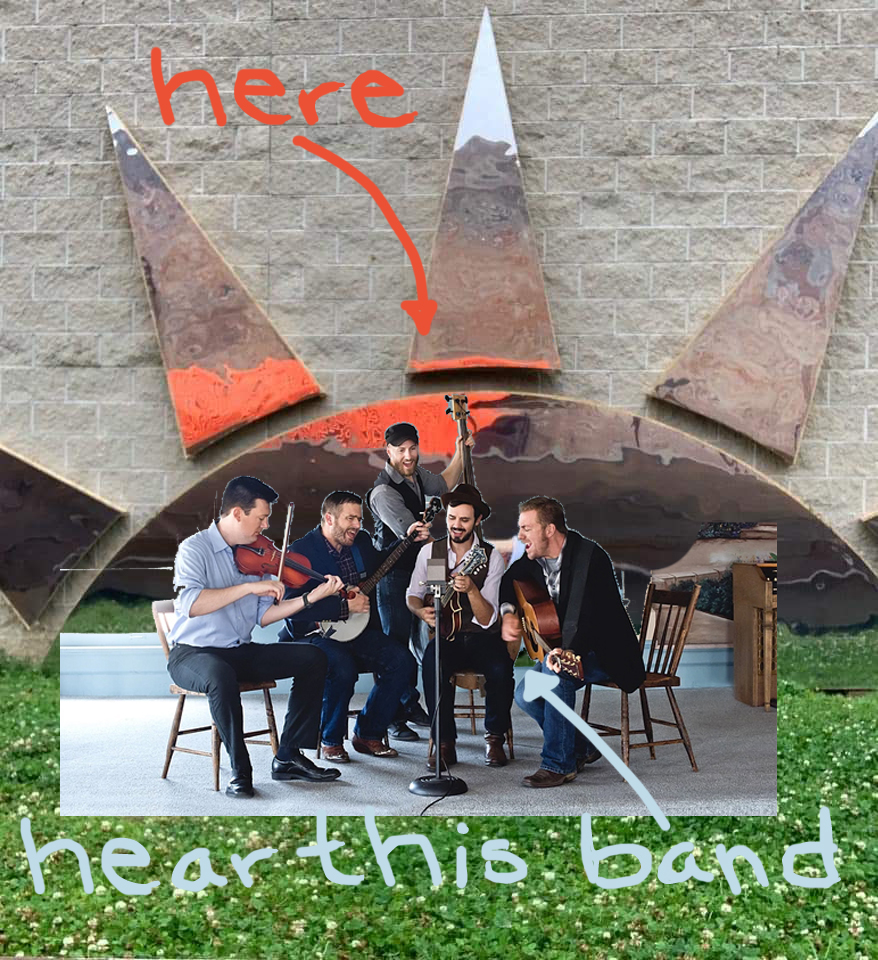 Hailing from rural Southeast Ohio, The Wayfarers emerged onto the scene in early 2010 playing their own form of American Roots music. People of all ages will be drawn to the sounds of thumping washtub bass, driving guitars, sawing fiddles, and rich harmonies.With old-time radio shows setting the example, their style encompasses Appalachian dance music, traditional mountain fiddle tunes, and pre-bluegrass music of the 1920’s – resulting in a dose of nostalgic Americana.

Here’s what Flogo Shaggins says on their about page, “We are a Columbus band delivering deep cuts and b-sides from the funk canon, as well as original quantum leapers from the 4th dimension.”

Translation: Flogo Shaggins is a Columbus based band that plays

We’re talking funk music here ” a popular genre of the 1970s and 1980s technically defined by a combination of African American soul music and a strong syncopated beat. But the definition offered by musical legend Prince hits closer to home: ”If you can describe it, it ain’t funky”. Funk is defined less by a strict set of stylistic rules and more by an attitude, with of course a beat that encourages DANCING…Gotta have that funk.” from History of Funk Music by Christopher Muscato

The event is free and open to the public and supported in part by Ohio Artists on Tour funding through the Ohio Arts Council.