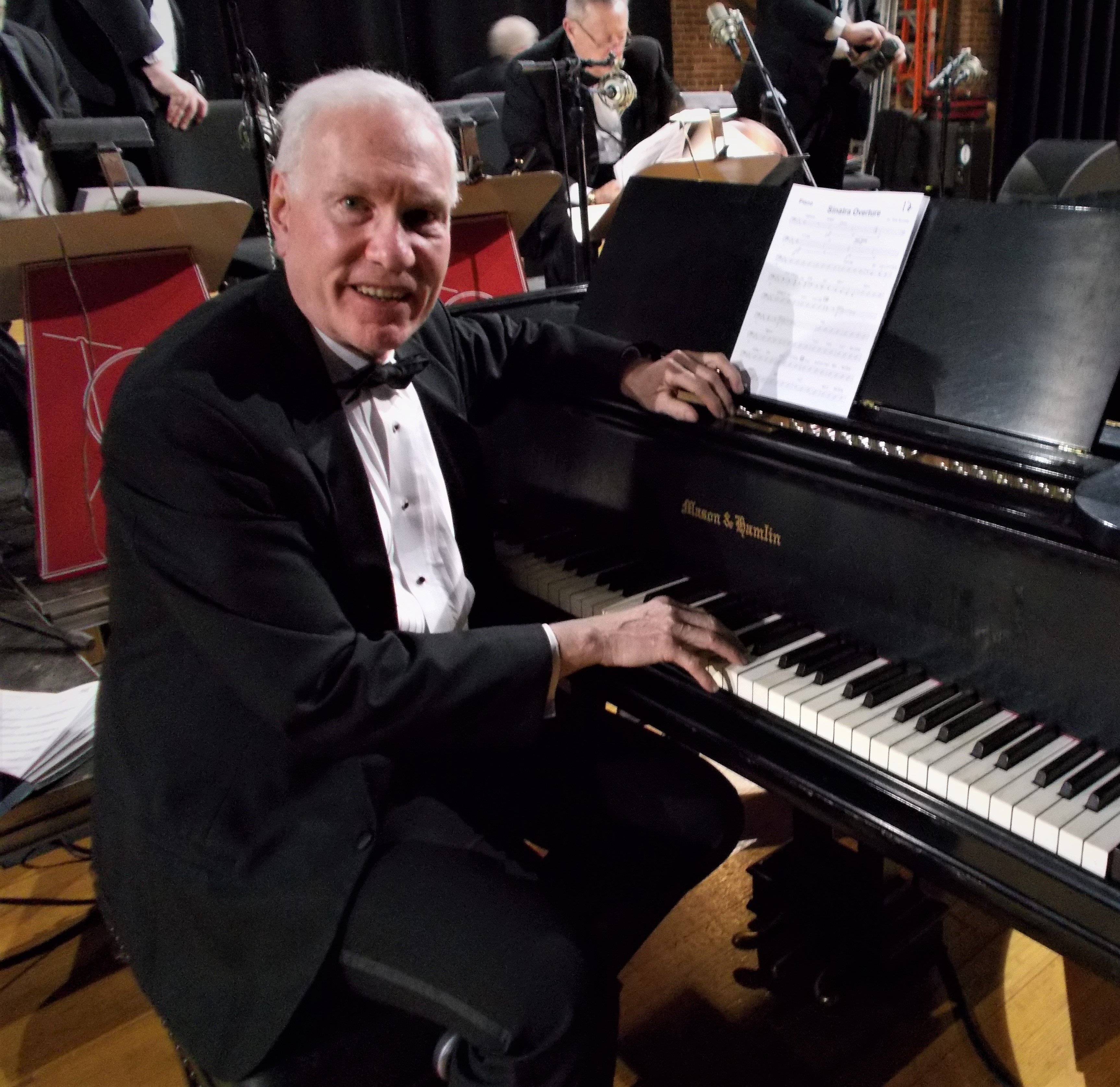 SCHUBACH BAND KICKS OFF JAZZ ON THE LAWN 2018—year 3 of our most popular performance series! Though David Schubach (piano) is well known in the region he, Lori Everhart (vocals) and Gary Frey (drums) are new to the Pomerene. They will be joined by our old friends John Lindig (bass) and Tom Davis (guitar). We can’t wait to hear what this 5-piece band has to offer! Bring your dancing shoes!

Composer/playwright/pianist David Schubach is based both in Los Angeles and Ohio. Regionally, david presented a series of Musical Color recitals for the Zanesville Museum of Art, concluding with a Boston Pops-style orchestra concert under the stars — a first for our area. Here’s a clip of Schubach’s Sunset Dance Pops Trumpet Concerto.

His original compositions have been performed by symphony orchestras, concert bands, jazz bands, and solo artists and his  new score for the silent film the Immigrant was premiered at Ohio University Zanesville’s international Charlie Chaplin Conference.  We’re excited to be in conversation with David about a performance of this silent film score and a screening of Chaplin’s film in the artPARK. Keep your ears open.

In Hollywood Schubach was twice elected vice president of the Los Angeles Musicians Union, working closely with the Recording Artists coalition (Don Henley, Sheryl Crow, Stevie Nicks, Carole King) to lobby for artists’ rights. Schubach was the musical arranger and producer for a gala featuring pop stars Michelle Phillips (The Mammas & The Papas) and Maria Conchita Alonso. In addition to his work in the music world, his drama Back Words was recently produced on the island of Bermuda to rave reviews.