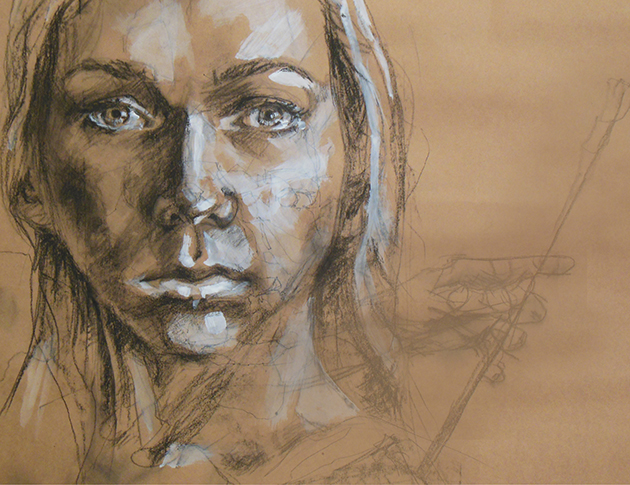 Meredith Free is a homeschooled high school junior currently living in Coshocton, Ohio. She has been studying the principles of art and developing her techniques in traditional media under the guidance of Christine Misencik-Bunn. Her work has been displayed in central ohio, and Washington DC. Credits include: Best of show, Coshocton Junior Fair (2009 and 2012); Best of show, Powerhouse Juried Student Art Show, Zanesville (2013); Runner-up in the 2013 Congressional Art Show; and most recently, Top 25 in the Ohio Governor’s Youth Art Exhibition (2014). Meredith seeks to continue learning and refining her craft, studying art at the college level. 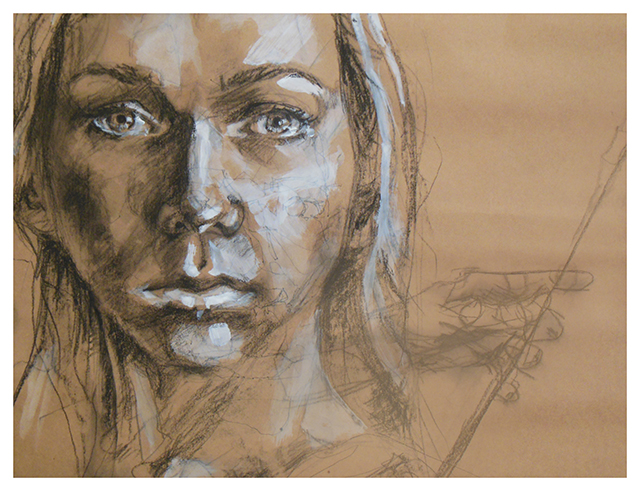 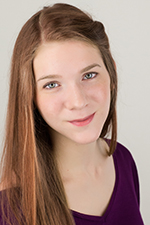 Artist Statement
This exhibition features work I’ve created over the past year – a year that has been a whirlwind of artistic growth – but my journey as an artist started when I was young. Whenever my grandma visited, I would make her dozens and dozens of pictures. I would stuff them into my doll stroller and parade through the airport to present them in person. Even then I knew that art was important; it was a tool to express myself and a way to communicate my love to others. Last year, I began work with my private art teacher, Chris Bunn, and my eyes were opened to new and challenging thoughts: line, shape, value, color, and form. All concepts that I knew about, but hadn’t yet fully embraced. We explored them using traditional media: graphite, charcoal, watercolor, conté, ink, and gesso – all of which are represented in the exhibition.

I have to admit, though, I grew to love one of the concepts more than the others: line, the concept I was initially least familiar with. I did use lines often in my drawings, but they were “dead” lines. Like the flat line on a heart monitor, they were without variety or depth, without texture or feeling. Through a series of assignments, my teacher helped me break into this new and exciting world where a single line can capture a world of information. It can bring something forward, or let something else recede into the distance. It can describe if something is rough, or soft. Line depicts movement, and conveys emotion. Line shows the eye where to look. However, line is often seen as only the first step in an artwork. It is a temporary mark used to graph the beginning composition, but then it is set aside, to let the “real” media do its work. I look back and see that I have come full circle, from little crayon scribblings in a doll stroller, to being able to draw perfect straight lines, to finally arriving at the revelation that a conscious line, a living line, is really the best suited to express reality. This exhibition displays my journey this year from the first sketches to the culmination piece: “Self Portrait, Life Size” which was awarded a “Top 25” in the Governor’s Youth Art Exhibition.