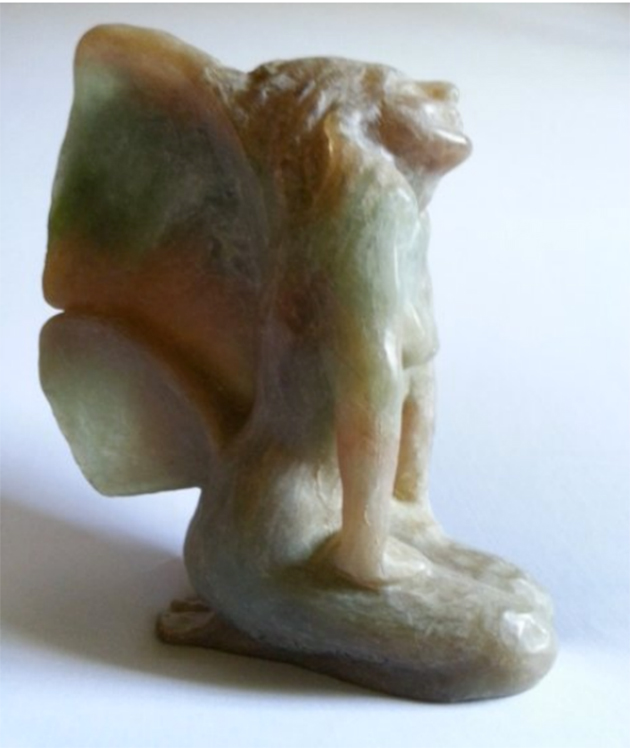 The theme of this year’s Dogwood Festival, “Our Hills are Alive,” plays off the Triple Locks Theater production of “The Sound of Music” but alludes to Coshocton County’s  lively cultural and artistic life.  The Festival exhibit, opening May 3 at the Pomerene Center for the Arts, celebrates 5 artists: Doug Anderson–glass, Ron Corl–furniture design, Todd Malenke–metal sculpture, Joan Staufer–painting and Erik Neff–woodcuts. With the exception of Erik Neff who grew up in Coshocton and now resides east of Cleveland in Newbery Ohio, the exhibit artists live and work in Coshocton County – more specifically – live and work in somewhat hard to access places on the edges of the county.

There was some joking about using that “edginess” as the uniting theme for the show until insects surfaced as a common interest, imparting a new and slightly humorous connotation to OUR HILLS ARE ALIVE.  In addition to the sensitivity with which these artists respond to their chosen mediums, they are all finely tuned to their rural surroundings.